So your computer is clean of malware but it is running slow or clunky. It may be you are beginning to out grow it, but that doesn't have to mean a replacement. There are a number of things that can be done to improve its performance. 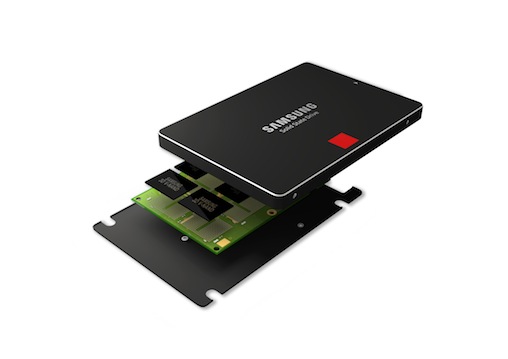 SSDs are a type of hard drive that doesnt have a spinning disk at its heart and this has many advantages. The biggest being that it works about 15 times quicker than a standard Hard Disk Drive (HDD). Now this does not mean the computer will work 15 times quicker but the hard drive has been the slowest part of a computer for many years now. Understandable when you consider spinning hard drive were invented in 1956 and have only become smaller and with higher capacity since. In real world tests it is reasonable to expect your computer to be 2 - 3 times quicker at mosts tasks.

The other advantage is that because there is no disk spinning faster than a car engine to be damaged form a slight jolt they are also a lot more durable - epsecially in laptops that move around a lot. This does not mean they cannot fail, so you should always have a backup of all your data.

There is a down side though. Whilst SSDs had fallen massively in price over the last few years they are still around 2 - 3 times the price of a HDD depenting on market fluctuations. Dspite this they are more than well worth the investment, with many customers asking why we hadn't convinced them to upgrade sooner.

To benefit from a SSD you do not need to store all your stuff on it, just the operating system and programs will do. Your pictures and documents etc can still be stored on an old fashioned spinning hard disk drive.

SSD upgrades do not normally require Windows to be reinstalled. we can simply 'clone' everything from your existing hard drive to a new SSD and the computer doesn't notice a thing. Same day service is normally available.

Apple mac owners. We can perform this upgrade for you too, though not normally with a same day turn around due to additional work involved.

One of the cheapest and simplest upgrades you can perform used to be to increase the memory. When a computer is booting up it is loading information from the storage into memory and the more programs it needs to load then the more memory it needs. If your computer fills its memory then it will start to use your storage as 'virtual memory' which, because hard drives run much slower than RAM causes your computer to run slower. It also adds more stress to your storage increasing the possibility of early failure.

We used to have a table detailing the different amounts of RAM for each different version of Windows and usage type but since the only viable Windows is now version 10 it became irrelevant.

Even the lightest of users need a minimum of 4GB of RAM but 8GB is still recommended. Most computers in most situations will be perfectly happy with 8GB and more RAM is only recommended for users doing extensive photo or video editing or gaming. These users should also have a dedicated Graphics processor (see below).

From January 2021 only Windows 10 will be supported by Microsoft and as such we strongly advise no other windows version is used for anyhing secure. Since Microsoft are not releasing patches to fix security holes that virus and malware writers exploit you should assume that anything you do or store on these computers is visible to the outside world. Despite what some antivirus companies may promise having antivirus on an unsupported version of Windows will not protect you. In laymans terms you may have an army in your antivirus but your castle walls have already crumbled due to not Windows updates.

This section only refers to desktop computers. Sorry - laptops cannot have this type of upgrade.
If your computer is particularly slow when it comes to anything graphical like gaming or video editing then adding a dedicated graphics card (GPU) can make a massive difference. GPU stands for Graphics Processing Unit, not to be confused with a CPU or Central Processing Unit - which is the computer's 'brain'.

As the name suggests, a GPU is a special type of processor specifically designed for graphical processing. Even a modest one, costing less than £50 can take the work of creating the screen image off the main processor resulting in a faster overall experience.

At the other end of the scale graphics card costing several hundred pounds can run even a dozen screens sumiltaneously, creating a panoramic virtual world of gaming.

Definately the best upgrade you can do to your computer. In normal usage a 8 year old computer with an SSD will outperform most new computers that don't have an SSD.

They are much cheaper than a new computer (supplied and fitted from only £95) and none of your settings will change.

Most of our SSDs come with a 3 year limited warranty which is 3 times longer than ordinary hard drives.